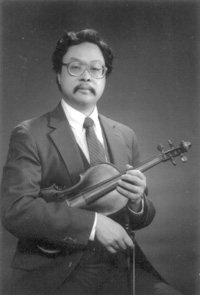 Boston- and Baltimore-based Michael Loo has had a long and varied career as a freelance musician on the east coast. An alumnus of Harvard and Boston Universities, he performs frequently in orchestras, theater pits, and chamber ensembles, mostly in New England. In addition to the Hillyer Festival Orchestra, Mr. Loo is also concertmaster of the Assabet Valley Mastersingers and the Erevan Choral Society and Orchestra. He performs on a violin made for him by Marilyn Wallin in 1995. 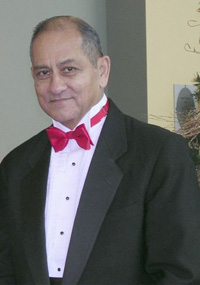 David Matayabas has had extensive experience in symphonic, musical theater and show orchestras. His Symphonic playing over the last 40 years includes a host of local orchestras from the Rhode Island Philharmonic to the Boston Pops to the Portland Maine orchestra. David is retired and play for the fun of it. He currently plays in the HFO orchestra, and he is the principal of the Merrimack Valley Philharmonic Orchestra. He still plays as needed in orchestras around here such as the Melrose Symphony, The Cape Ann Symphony, North Shore Philharmonic .

Emily Roos studied at Indiana University with Richard Graf and Carol Wincenc. She has been in the Boston area since 1988 perfroming with Chamber groups and as a soloist, and with the HFO. Emily also teaches both flute and piano and has been music director for several Arlington Children’s Theatres and the Concord Middle Schools. 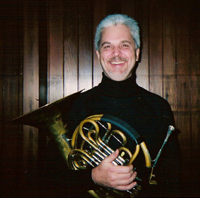 A Boston resident since 1984, James Mosher has performed with the Boston Symphony Orchestra and the Boston Pops, as well as regional orchestras throughout New England. A proponent of the valveless natural horn, he has performed with the Handel & Hayden Society, Boston Baroque, Early Music of New York , and New York State Baroque. He has appeared on recordings with Musicians of the Old Post Road and the Jazz Composers Alliance Orchestra. He has been Co-Principal Horn with the Sarasota Opera Orchestra in Florida and the Orchestra Sinfonica do Estado de Sao Paulo , Brazil. He has been a concerto soloist for both the Boston Virtuosi and the HFO. Mr. Mosher teaches horn on the faculties of the Longy School of Music and the New England Conservatory. 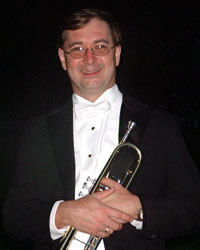 Jeff Hoefler is one of the most active free-lance trumpeters in the New England area. His activities range from commercial work to performing with jazz, theater, wind and orchestral groups. However his passion is in the broadway and pops idioms.
In addition to the Hillyer Festival Orchestra, Jeff plays in a variety of orchestras in the Boston area as well as active in Brass Venture, a brass quintet dedicated to bringing a wide range of new and varied music to New England. Aside from his career as a trumpeter, Jeff plays guitar and sings on
ocassion with Irish and Folk/Rock groups. Jeff received degrees in Music and Engineering from both the University of Massachusetts and Purdue University and has studied with Timothy Morrison of the famed Boston Pops.

Richard Fish is currently the Director of Performing Arts and the Music Director at Landmark School, where he has served on the faculty since 1995. His musical responsibilities include conducting the directing the Landmark Chorus, Musical Theater, as well as teaching percussion and private voice. Mr. Fish performs professionally as a timpanist and percussionist with Symphony by the Sea, the Cape Ann Symphony, and the Hillyer Festival Orchestra, and has also performed with the Newton Choral Society, the Paul Madore Chorale, the Quincy Symphony, the Melrose Symphony, the Salem Philharmonic and with Roger Voison (with the Festival Brass, Organ, and Timpani), the Wakefield Repertory Theater, and Dr. John Hoffacker, among others.